You are here: Home / Travel / Restaurants in Hamilton, Ontario

Going to Hamilton, Ontario for a weekend or few days? There’s plenty of restaurants in and near the city. Check out my top recommendations of where to eat and keep scrolling for a few ideas of what to do!

The restaurant itself is tiny and only has a few tables but they have tables outside that are great for a beautiful, sunny day. Everything we ate was delicious, especially the homefries (10/10 recommend). Zach got The Malibu and I got The Gatsby (without bacon because we also ordered a raspberry danish!); check out the full menu here. All are pictured above and it was delicious. I would definitely go back here!

We were in Hamilton for a wedding and the welcome dinner was hosted here, so we didn’t order directly off of the menu. However, we were able to try things from their menu like the deviled eggs, BBQ, shrimp, and cornbread. The cornbread was absolutely delicious – it was more of a cake than bread! Ray’s definitely seems like a cool place to go for brunch or dinner; it was great for the welcome dinner!

I met a friend for coffee at Redchurch (hiii Kelly from Never Not Eating – she actually has a list of the top 8 coffee shops in Hamilton!) and got a flat white that was delicious. She’s local to the area and suggested it as a place to meet, and it was great! It was a quaint coffee shop with indoor and outdoor seating. Although we didn’t order any, the food looked and smelled delicious!

Since we love our bubble tea, we just had to stop. And it was a warm July day so after walking around Bayfront Park, we were in the mood for a cold treat. Gong Cha definitely hit the spot! Zach ordered a milk tea and I ordered a mango smoothie, with no sugar added. We were extremely impressed with the bubble waffle and ice cream. The waffle was crunchy on the outside but soft and chewy on the inside. It was so good, I could not recommend it enough! Gong Cha is a chain so there are multiple locations and if you’re a bubble tea fan and see one, you have to go!

We stopped at Coffee Culture while en route from Toronto to Hamilton for a quick bite. It was just what we needed – breakfast sandwiches and coffee. Although nothing crazy special, the drinks and food hit the spot! This is a chain in Canada so there are multiple locations.

Since Hamilton is about an hour from Niagara Falls, we couldn’t make the trip up there and not go! More on that below. Our original plan was to go to Skylon Tower for a late lunch but plans got thrown off so we stopped at Tide and Vine. If you are an oysters person, this is the place for you! They also have various sandwiches like a lobster roll and NY strip sandwich that were delicious.

Our flight left Toronto mid-afternoon so we saw that as an excuse to spend some time in the city. There seem to be so many brunch places in Toronto that that would need to be a post on its own! OEB has many locations, even some in the US, and I can see why. I ordered the croque madame, which was loaded with truffle flavor. Zach ordered the soul in a bowl breakfast poutine and it was fantastic. It was the perfect stop for a quick brunch to leave time to explore the city a little bit!

Places we wished we had time to try in Hamilton

We weren’t able to hit every place on my list but wished we had been able to! Here are the places we missed:

Things to do in and Around Hamilton

For our 3ish day trip to Hamilton, there was just the right amount of stuff to do! Unfortunately, we didn’t have much time to spend in the city itself since we were there for a wedding, but we stayed busy with plenty of activities.

We flew in and out of Toronto Pearson International Airport and couldn’t NOT spend time in the city. It was very clean and nice! We really wished we had had more time in Toronto (we had tickets for the Hop On Hop Off tour but flight cancellations changed our plans). However, we spent about half a day there, which started with brunch at OEB Breakfast Co, which was absolutely delicious. Then we drove around and parked at a couple of places to get out and walk, like the Distillery District and Saint Lawrence Market. Toronto was about 45 minutes to an hour away from Hamilton, but this could change with traffic. There is so much to do in the city so if this is on your list, definitely allot the appropriate amount of time to hit everything you want to see!

About an hour from Hamilton, Niagara Falls should definitely be on your list. The Canadian side of the falls was absolutely beautiful; most people say it’s better than the American side. Although we weren’t able to, eating at the revolving restaurant at Skylon Tower would give you an amazing view of the falls. We were there around Canada Day (July 1st), which also falls around Independence Day, so it was extremely busy. Just something to factor in if you’re including Niagara into your itinerary!

Bayfront Park is on the edge of Lake Ontario and is a beautiful lakefront area. There is a paved trail along the water, where people run/walk/hang out during the day (assuming the weather permits). It’s a great place to get some movement while enjoying the scenery!

Traveling again soon? Check out more of my travel recommendations!

Banana bread never gets old and this easy banana b

Wanted to share a recap of our trip to Canada last

One of my most popular recipes right now: spicy pe

The answer is yes, this is my new favorite thing I

Understanding nutrition fundamentals is so so impo

Part 3 of the macro series (and Zach’s favorite

Need a recipe to make this weekend? You gotta try 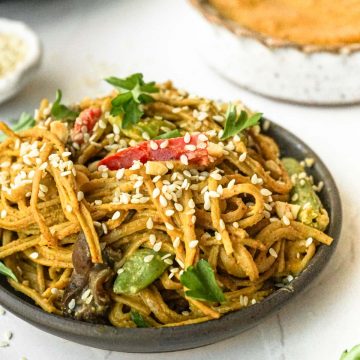 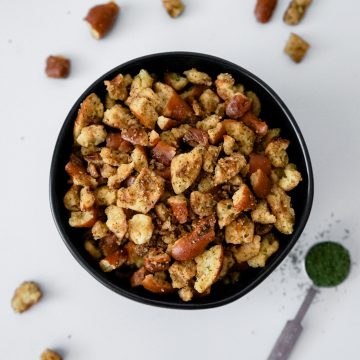 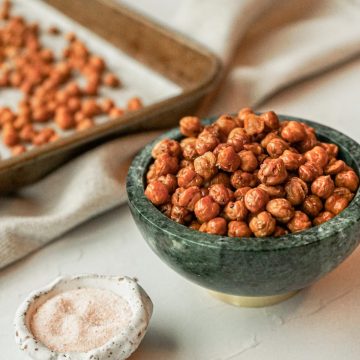